The start of a strategic partnership

Postnord has been through an impressive transformation the past few years due to the booming ecommerce market. The increasing volume of packages required Postnord to both standardize and modernize their platforms.

Postnord is a leading supplier of communication and logistics solutions in the Nordic region, and provider of postal services to private households and corporate organizations in Sweden and Denmark. Their network is made up of 7 000 post agents in the Nordics of which 1 600 operates in Sweden.

Having delivered 3.3 billion letters and mailings, and 171 million packages in 2018 alone, Postnord is established as a trusted postal service provider, and they continue to nurture a strong, forward looking goal; to become the best logistics, communications, and ecommerce company in the Nordics.

To achieve this, Postnord had to address two critical operational concerns—the need for standardization and the need for modernization. This is where TIQQE’s services come in.

As an AWS Advanced partner, TIQQE specializes in helping businesses build serverless applications, and then migrating to AWS and cloud-native architectures. They have the deep technical skills that could facilitate Postnord’s transition from their legacy system to a serverless logistics platform capable of supporting the most optimal delivery model.

“TIQQE has injected the right competence and culture to our team. Together we have transformed to a new way of working, constantly examining the results and adjusting the course and have found the fastest and cheapest way of accessing new technology”

Prior to the partnership, Postnord has had four different production systems for post agents in every one of the Nordic countries, with each having its own country-specific solutions. This setup was not only inefficient and costly; it also lacked the scalability needed to accommodate the apparent growing demand for delivery services.

The combined TIQQE and Postnord team was able to recognize that merging solutions to a single production system for the entire Nordic region would lead to a streamlined and cost-effective user system for all agents in the Nordic countries.

The situation was also urgent in Sweden and Denmark. The agents hardware setup for the Swedish production system was approaching end-of-life, while hardware agreements in the Denmark system have already expired, necessitating some manual work in parcel handling on the part of the agents. This called for immediate modernization measures.

Working together, both parties immediately identified what was needed for Postnord to move forward; transforming their monolithic legacy systems into an integrated, flexible, and efficient production model that could keep up with the expanding product portfolio and the burgeoning consumer demand for delivery services.

The team’s plan was to gradually exchange proprietary client/server applications and hardware to web-based services that can be consumed via phone or other Internet-connected devices.

The first step is phasing out the front-end of the current solution while maintaining parts of it in the backend. They also introduced the use of autonomous teams in DevOps—a new way of working that would enable faster time to market in launching new services to the most number of users. Under a DevOps model, there is greater end-to-end responsibility for the teams, including independent and automated deployment, and close development and operations, all in one setup.

The development partnership has been a very collaborative journey up until now. All current projects are driven by Postnord’s Business Development organization, and TIQQE produces the technical specs and conditions over time. The team is lead by a Product Owner from Postnord, while TIQQE mainly represents full-stack development, QA, Tech Lead, as well as competencies in front-end design and development.

The solution and results

The Postnord-TIQQE collaboration is still a work in progress. Most efforts have been directed towards refactoring the old system and working on the main logistics core system, as the immediate target is coping with their hardware end-of-life by the end of 2019.

To date, however, Postnord has already released their services through 400 phones to 400 agents as a supplement to the current hardware setup, as a result of our joint efforts. Note that this is only a complement to the existing solutions, and not a complete replacement yet.

But even with the new system that is yet to be completed, the effects have already been evident and immediate:

• Scalability and elasticity. The platform has moved to a cloud environment (AWS serverless architecture) where resources are elastic, enabling them to instantly grow or shrink as needed.

• Cost optimization. By allowing them the flexibility of scaling up or down, costs are also radically reduced as they would only need to pay for what they use. Postnord has also lowered its development costs by 60% with DevOps.

• Development and operational excellence. DevOps offered an alternative yet faster way of delivery, with higher quality output, and the ability to scale up the deployment over multiple autonomous teams.

• Testability. With the AWS serverless architecture, PostNord created a world where development and tests were not hardware-constrained.

• Observability. It’s easier to perceive any changes in the system’s behavior by using automatic alarms, monitoring of infrastructure, as well as utilizing cloud economics.

• Reduced time-to-market. There is a significantly greater number of functional updates and new services to end-customers.

• Decreased release cycles. New services and updates are released every day instead of every 6 months.

• Ability to implement new business models faster. There is no limit to the products and services they can introduce—activate new types of agents, download packages in store, and more, all accessible through a phone.

This combined work has allowed Postnord to scale greater heights in how they can innovate in the delivery and logistics space, with the aim of providing a better experience and unparalleled service to their customers and employees. They’re not just mailing it in. 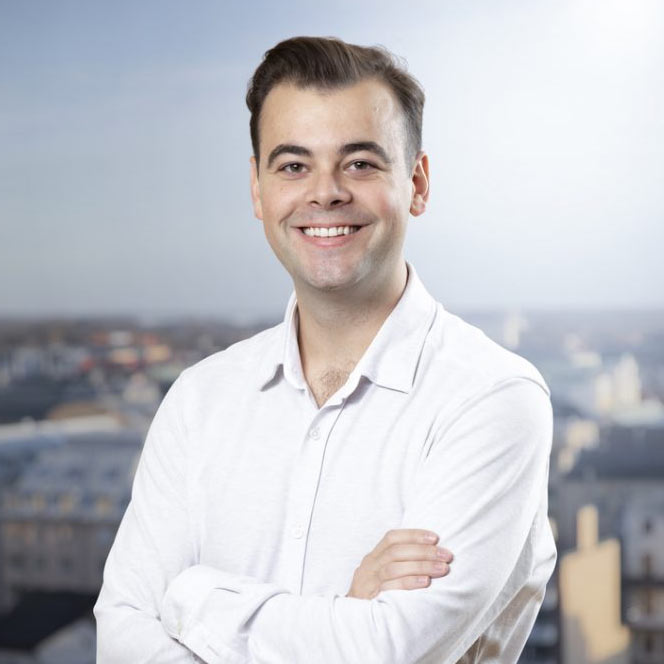 We are proud to welcome Svenska retursystem!

We are proud to welcome Bring!

We are proud to welcome a new customer!

We are proud to welcome Zaplox to TIQQE!